Joining nearly 60 fellow auction professionals from across the world, Bennett competed on Friday, July 16, 2021, in Minneapolis, at the 72nd International Auctioneers Conference & Show. One man and one woman earned the right to be named NAA IAC Champion.

IAC competitors are judged on their presentation, chant, voice timbre, body language and other performance elements of effective auctioneering. The top 15 men and five women are also judged on their knowledge of the auction industry through a series of interview questions. The revered competition is held in a single day, in front of live attendees, with tens of thousands of viewers on IAC Live! Broadcast via Facebook and YouTube.

IAC Champions are awarded a $5,000 cash prize, a trophy, champion medallion and ring, and go on to represent the NAA as industry ambassadors and speakers across the country for the next 12 months.

“Winning the International Auctioneer Championship has been a career goal of mine since I entered the auction industry and it’s an honor to receive this award on many levels, both personally and professionally. It’s important, though, to highlight that this award is not about any one person, myself included. It’s about top industry professionals sharpening their skill sets, pushing themselves to be the best they can be and coming together to compete and promote the auction industry,” Bennett said. “As IAC Champion, I’m excited to be a spokesman for our industry and look forward to sharing the opportunities and strengths that buying and selling through an auction platform offers. My goal is to work with buyers, sellers and auctioneers alike to share industry knowledge and best practices.”

Bennett is CEO of Ascent Auction Services in Manhattan, selling agricultural and construction equipment, real estate and business assets across Montana. He has served as President of the Western College of Auctioneering since 2013 and is a Board Member for the Montana Auctioneers Association.

In addition to being the NAA IAC Champion, Bennett is the 2017 U.S. Bid Calling Champion and the 2014 Montana State Auctioneer Champion. 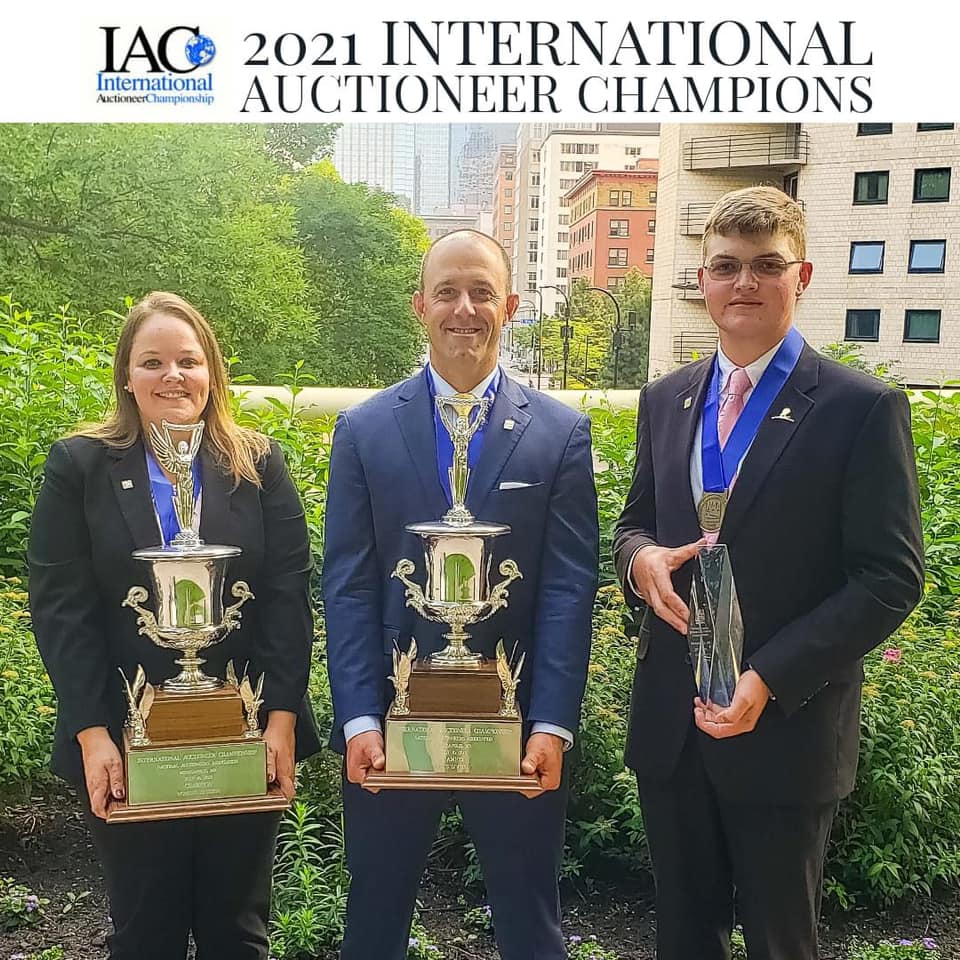