Our mission is to facilitate opportunity and growth by supporting communities, businesses and individuals with their everyday buying and selling needs through live and online auctions. 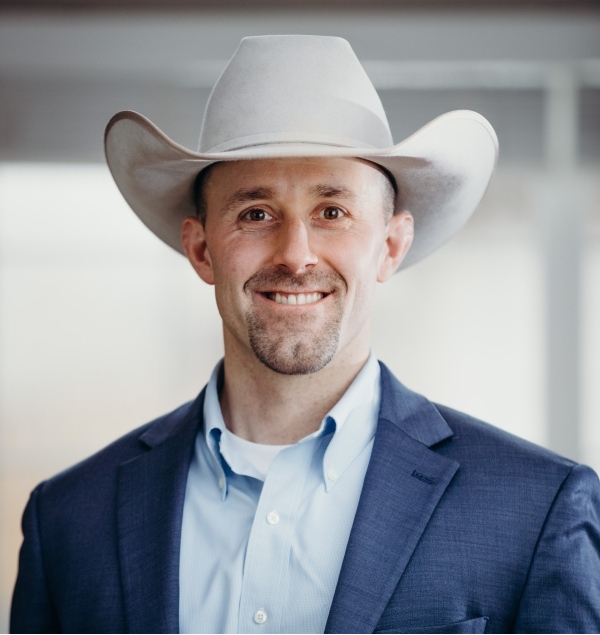 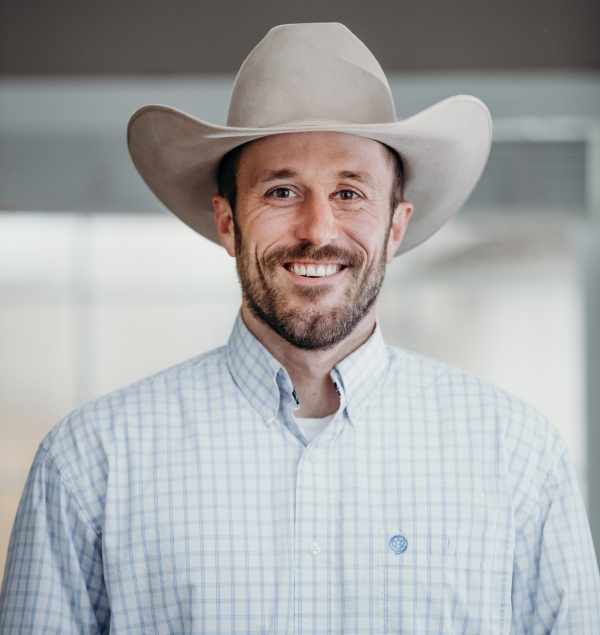 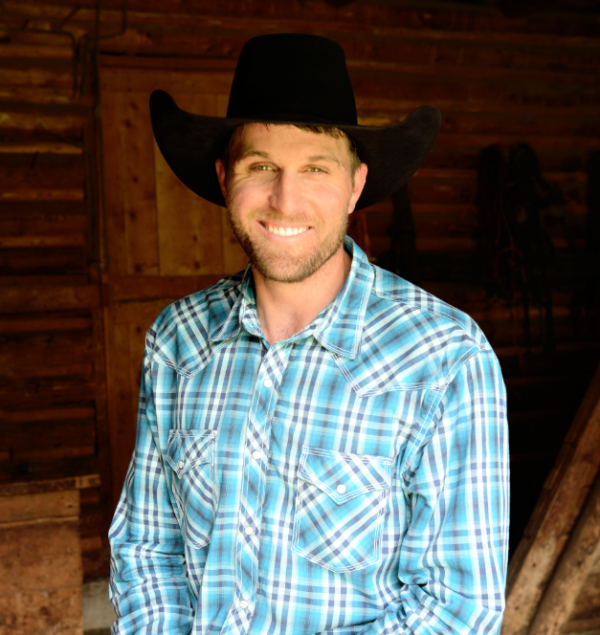 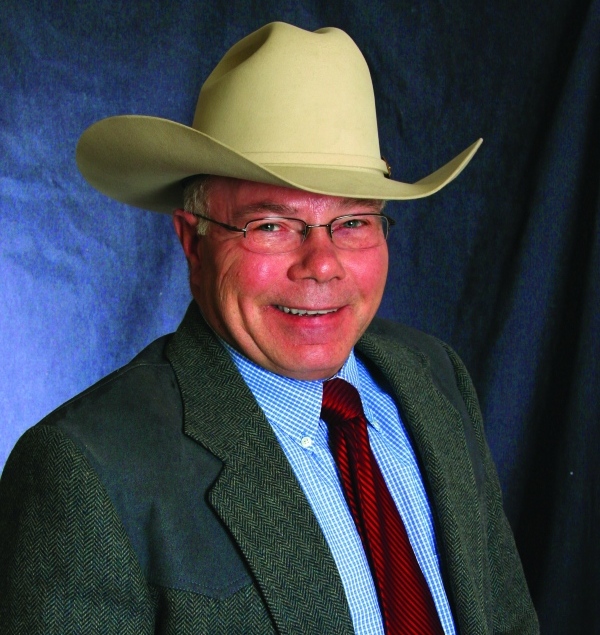 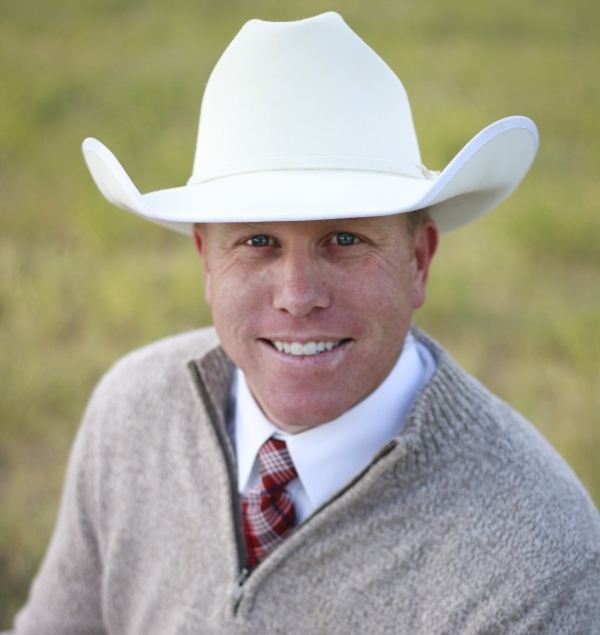 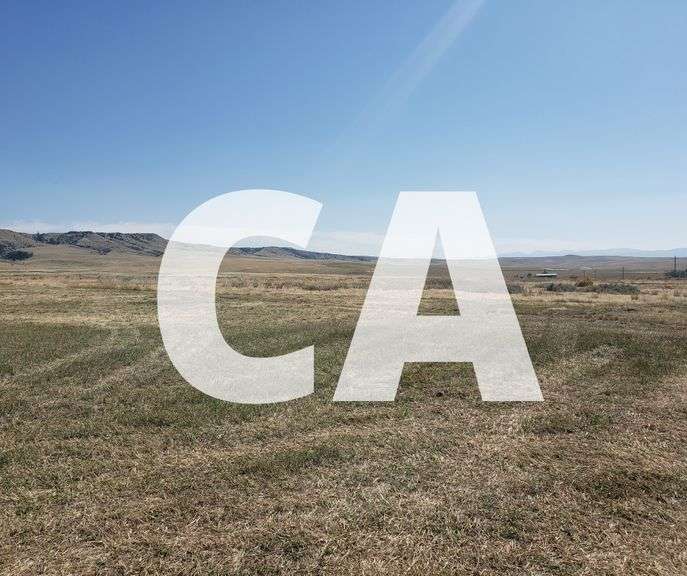 The CA Ranch, a historic and storied SW Montana agricultural centerpiece has sold and is liquidating a partial lineup of their farm and ranch equipment.  This auction includes tractors, haying equipment, tillage, trucks, livestock feeding equipment and more. 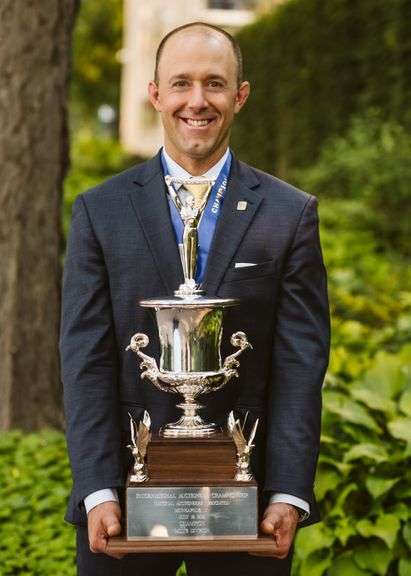 MINNEAPOLIS (July 16, 2021) – Manhattan, Montana, Auctioneer Nick Bennett took home the top prize in the 2021 National Auctioneers Association (NAA) International Auctioneer Championship, competing in a field of many of the best auctioneers in the world. Joining nearly 60 fellow auction professionals from across the world, Bennett competed on Friday, July 16, 2021, in Minneapolis, at the 72nd International Auctioneers Conference & Show. One man and one woman earned the right to be named NAA IAC Champion. IAC competitors are judged on their presentation, chant, voice timbre, body language and other performance elements of effective auctioneering. The top 15 men and five women are also judged on their knowledge of the auction industry through a series of interview questions. The revered competition is held in a single day, in front of live attendees, with tens of thousands of viewers on IAC Live! Broadcast via Facebook and YouTube. IAC Champions are awarded a $5,000 cash prize, a trophy, champion medallion and ring, and go on to represent the NAA as industry ambassadors and speakers across the country for the next 12 months. “Winning the International Auctioneer Championship has been a career goal of mine since I entered the auction industry and it’s an honor to receive this award on many levels, both personally and professionally. It’s important, though, to highlight that this award is not about any one person, myself included. It’s about top industry professionals sharpening their skill sets, pushing themselves to be the best they can be and coming together to compete and promote the auction industry,” Bennett said. “As IAC Champion, I’m excited to be a spokesman for our industry and look forward to sharing the opportunities and strengths that buying and selling through an auction platform offers. My goal is to work with buyers, sellers and auctioneers alike to share industry knowledge and best practices.” Bennett is CEO of Ascent Auction Services in Manhattan, selling agricultural and construction equipment, real estate and business assets across Montana. He has served as President of the Western College of Auctioneering since 2013 and is a Board Member for the Montana Auctioneers Association. Bennett graduated from Montana State University with a Bachelor’s Degree in Business Management and a Minor in Entrepreneurship and Small Business Management. In 2012, he graduated from Western College of Auctioneering. He holds the Certified Auctioneer Institute (CAI) and Benefit Auctioneer Specialist (BAS) designations from the NAA. In addition to being the NAA IAC Champion, Bennett is the 2017 U.S. Bid Calling Champion and the 2014 Montana State Auctioneer Champion. 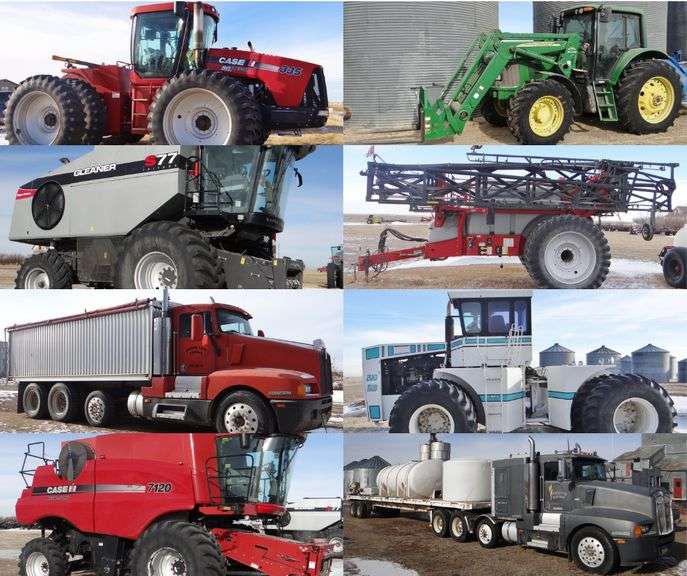 Featuring a nice line of Farm & Ranch Equipment including Tractors, Combines, Trucks, Tillage Equipment, Vehicles & More! Auctioneer’s Note:  Doug and Fran are retiring from a lifetime of farming and are liquidating their line of equipment.  All of their machinery is clean, well maintained and ready for the field!  Join us on the preview dates for a first-hand look and bid with confidence.  Truly an exceptional, functional line of farm equipment. ~Kyle & Jayson 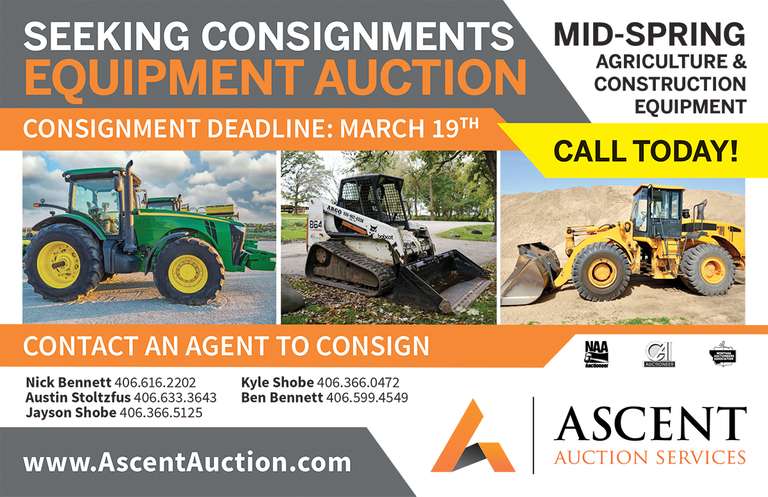 Ascent Auction Announces the "Mid Spring Ag & Construction Equipment Consignment Auction". This will be an online only auction featuring Agricultural and Construction equipment large and small. Local, regional and national buyers will be present to bid on a wide offering of equipment and tools. If you are interested in buying or selling at this auction, please contact a company representative to learn more. 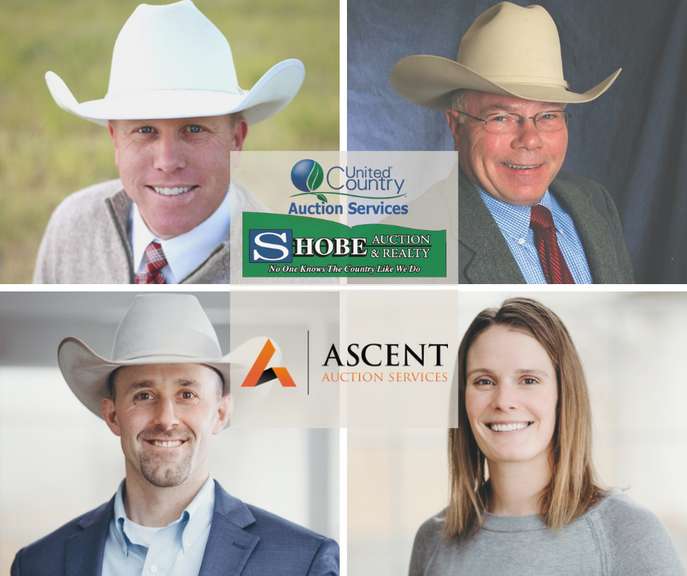 Ascent Auction Services of Manhattan, MT and United Country Shobe Auction & Realty of Lewistown, MT are proud to announce a new strategic alliance designed to grow and enhance both companies’ ability to deliver effective, innovative, and convenient services to their clients.  This alliance allows both companies the ability to share resources and continue providing industry leading buying and selling solutions. 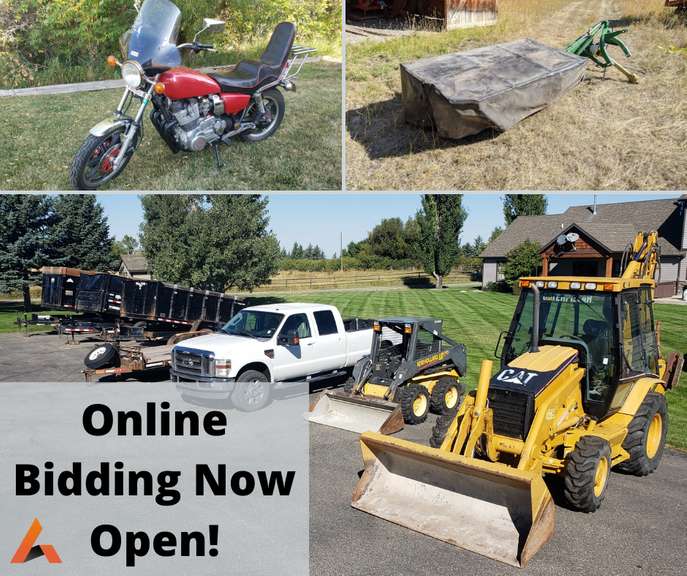 Fall Equipment & Tool Consignment Online Auction is Open for Bidding! This auction features the retirement consignments of Jeff Meyer of Meyer-Garrity Group and Dave Baldwin of Alpha Omega Automotive and select guest consignors.  All equipment and tools have been kept in excellent condition, unless otherwise noted, and come from very reputable, well established businesses in Gallatin and Park Counties. Bidding closes October 20th, starting at 6:30 PM

We know it’s important to have effective buying and selling auction solutions at your fingertips. This is why we are here for you. No matter what you need to buy or sell, our friendly and knowledgeable team of experts will help you find auction solutions that work for you and meet your personal and business needs.

Get your regular auction updates by subscribing to our newsletter